Great success of the first event 2016 in MAE

The last Thursday 11th of February we celebrated the first event of the 2016: Architeture + wine 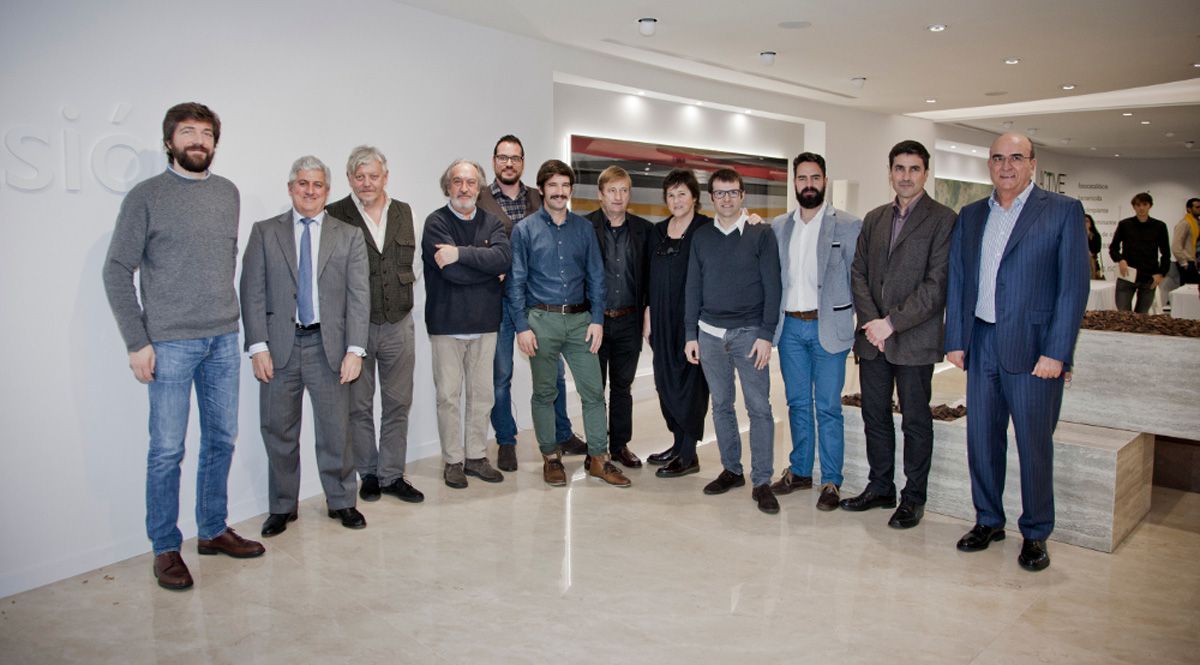 The last Thursday 11th of February we celebrated the first event of the 2016: Architeture + wine organized for the responsible of MAE Gemma Vidal, where more than 100 architects enjoyed of the intense conferences in our installations.

The interviewer and publisher specialized in wines Federico Oldenburg, was recognized with the National Prize of Gastronomy in 2007 for the best journalistic work, was who moderated the event.

In the first part, with the name “Thinking the architecture of cellar” participated architects as Ignacio Quemada, who described the process of creation in the cellars Campo Viejo (Logroño – Spain); Alfredo Arribas, architect and wine-producer, who spoke about the difficulty of create a personal cellar; and Fernando Salas, architect, spoke from the project for the barrels space from Vega Sicilia. The important materials are the ones who have relation with the wine: wood, brick and the aesthetics austerity.

The second part was composed with a discussion “The cellar with cultural experience”.

Juan Díez Bulnes, from Bernabeleva cellar, spoke of his familiar cellar in San Martín de Valdeiglesias (Madrid – Spain) where he does wines with different local varieties as “garnacha” and “albillo”; Relja Ferusic, architect from SalaFerusic studio, emphasized the necessity of find the harmony in the cellar project: architecture, customer, landscape and wines and he confirmed that it’s possible to do projects of small cost and big quality; Enrique Valero, CEO from Le Domaine Abadía Retuerta, said that the cellar is a business but we have to respect the history and the landscape, and we should create quality experiences in the time. He said that “we have to sell emotions and products”; and Josep Vendrell, architect in Gramona Cellar, confirmed that “the cellar is thought from interior to exterior”.

Our guests participated in an interesting experience for the senses, a tasting architectural, where the authors from the wines presented their creations: Alfredo Arribas (Clos del Portal), Juan Díez Bulnes (Bernabeleva) and Álvaro Bernardo (La Mejorada).

After it, the assistants enjoyed of a nice lunch in the showroom MAE which was serviced for wines from Castellón, thanks to collaboration to the IGP Castelló.

To end this day dedicated to wine and architecture, was opened the second discuss with the identity: “Phenomenology of the wine perception” where the protagonists were: César Cánovas, summiller from Monvínic, thought in a team from interior designers for create spaces where the respect to wine is the principal element; Ricardo Arambarri, businessman, explained his concept of demystification of wine culture: a jug, music and leisure are representative of their local Logroño (La Rioja - Spain); and Isabel López Vilalta, interior designer, presented her restaurant projects as an extension of passion for food, atmosphere and light. She emphasized the balance and silence from the cellar “El Celler de Can Roca”.

Before to finish the event, we did a raffle to a Coravin system. It is a product with a technology that allow to access to the wine without to open the bottle. 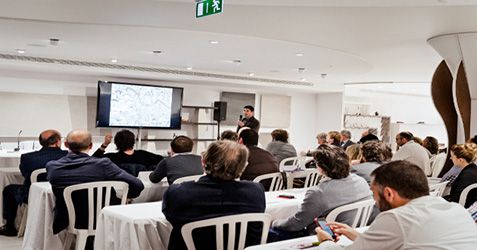 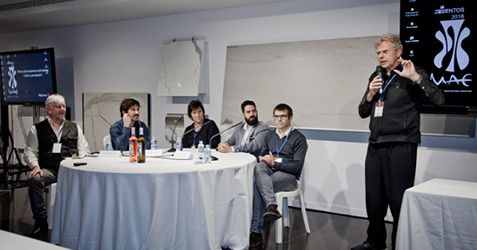 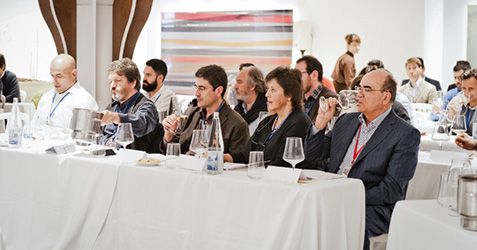 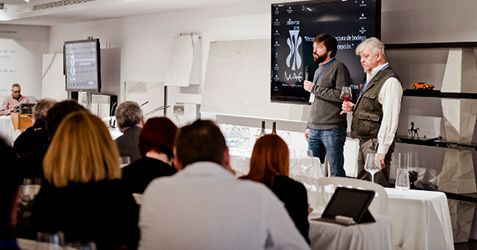 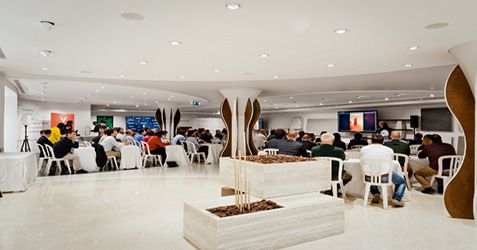