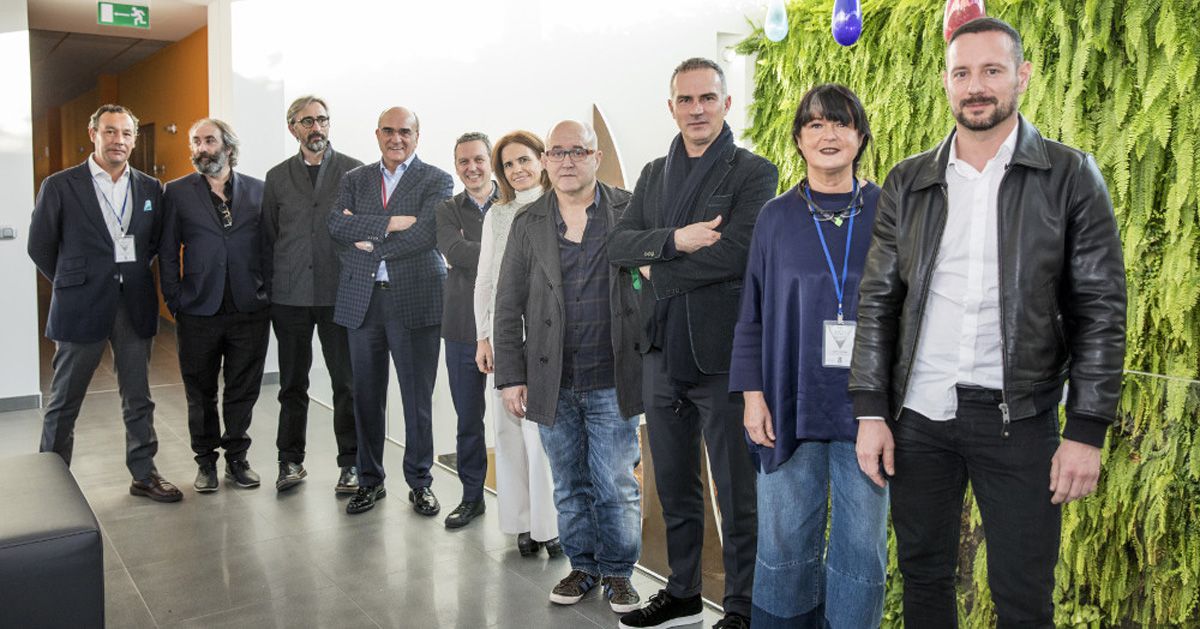 Juan-Luis Grafulla, Managing Director of Matimex, opened the event by stating the adherence of the entire Matimex team to the principles of March 8, a day of vindication for gender equity, asking all attendees for applause as a symbol and support for the day.

Then began MAE + GASTRONOMY event with Carmen Baselga, who acted as moderator. Carmen Baselga is an interior designer, and she combines her professional activity in Carmen Baselga Studio with teaching in the Master's Degree in Interior Design of the Cardenal Herrera University CEU. It should be noted that she was, for 6 years, dean of the Official College of Interior Designers of Valencia.

The event was divided into three blocks with a different theme and character.

In the first block, under the name «Design from the concept», Rubén Picado and Mª José de Blas, founding architects of Picado de Blas Arquitectos and authors of projects such as Yakitoro, Portal de Echaurren or La Arboleda del Sur, participated. In their conference, they reflected on their experience in restaurant design, emphasizing the need to reproduce the culinary personality in the restaurant, which, in the words of María José de Blas, «will not only depend on the use of decorative elements, or the distribution of the room, but also the design of the furniture». His talk started with a reflection on the table as the trigger of the project, choosing as a metaphor and symbol the emblematic table of the Last Supper that allowed them to link with the design of the tables of Yakitoro or Gastrobar Tondeluna in Logroño.

The second block entitled «Dialogues. The materialisation of the gastronomic universe» began with the intervention of the tandem formed by Ricardo Sanz, executive chef of the Kabuki Group and Maurice Sainz, of MS Design, architect, author of some of the most emblematic restaurants of the group. Ricardo spoke about the personality of the Kabuki cuisine as a meeting point between Japanese and Mediterranean gastronomy; a mixture of recipes, techniques and products from both kitchens where the raw material and the careful preparation are the main protagonists. On the other hand, Maurice alluded in his presentation to the need to combine the personality of the dishes with the functionality of the environment, seeking to materialize the culinary idea and allow enjoyment through all the senses «The combination of colors and neutral materials are intentionally chosen and Ricardo's dishes create the desired visual richness».

Next, we were able to listen to the architect Ramón Esteve, founder of Ramón Esteve Estudio, together with Tono Pastor, architect and chef of El Bouet restaurant. Esteve reflected on the importance of analyzing and managing the needs of a project always in a personal and individualized way. «If the design of the restaurant is not aligned with the tastes and the personality of the chef, we will not be able to achieve homogeneous and credible values».

Thus, in the Bouet, the new elements coexist with the existing ones, the rustic materials combine with other more refined ones such as marble, which employees in a fresh way get that casual effect that in turn gives a feeling of quality. As for the kitchen, it is completely open, without secrets, revealing any of the cooks' work. For his part Tono Pastor told us about the life experiences that have shaped his kitchen; from its beginnings in a small place, to the trips that have been and are a source of inspiration for your dishes. A chef who can transmit his sensitivity and memories to his creations.

In the third and last block of the day, called «Reflections. The experience of eating», participated designers Martin Azúa and Santos Bregaña.

Martín Azúa, designer of international projection, offered us his reflections on the evolution of the kitchen. It was the French nouvelle cuisine in the 60s, says Azúa, which aesthetics goes into traditional cuisine, and evolved towards the use of more elaborate culinary techniques, and to presentations with much more attractive platings. A clear example is his Food Line project, with which he reflects on the ritual of food, understood as a performance that plays with the presentation of dishes, table service and interaction between diners. In addition, Martín told us about the indisputable leadership of Ferrán Adriá, his culinary history and the particularities of the so-called techno-emotional cuisine.

Finally, Santos Bregaña intervened, architect and designer not only of gastronomic spaces but also of concepts and culinary objects, which began his talk by talking about the inspiration and philosophy of his projects; to finish it exposing and crumbling the sense of some of his creations as the eclips dish that melancholy the diner with his evocation of the navel. The memory is that of the scar that unites you to the mother and hers in turn to her grandmother, in an infinite sequence of umbilical cords that goes to the ancestors and through which the primordial food flows.

Gemma Vidal and Angela de la Torre, architects and responsible for the event, value how successful the day, to which they qualify as very interesting and interesting for the opinions received and for the great interest that there was since its convocation, since in very few days, the expected capacity was completed. 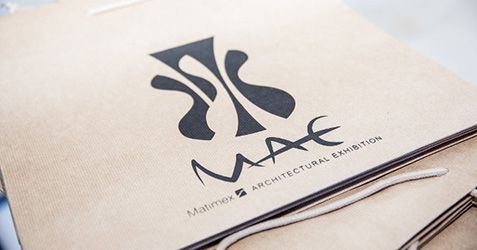 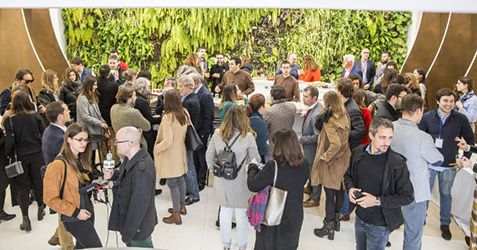 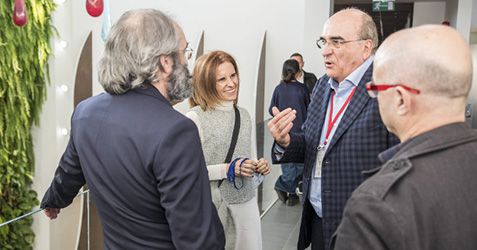 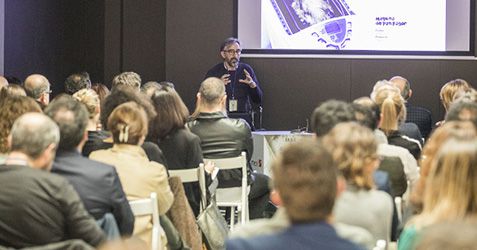 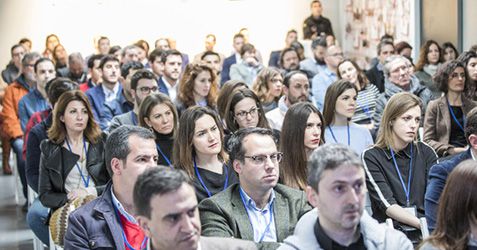 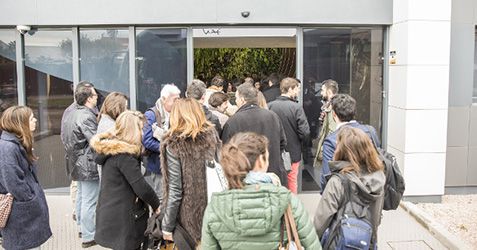 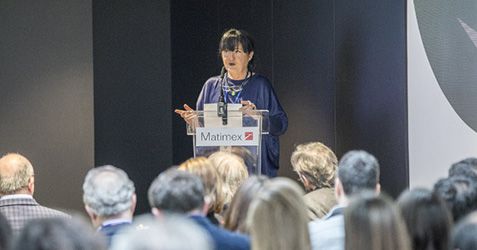 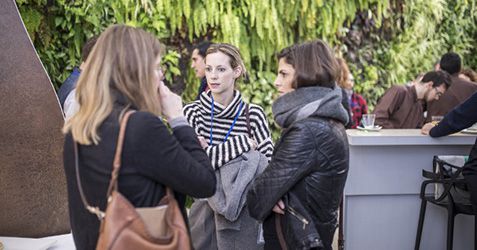 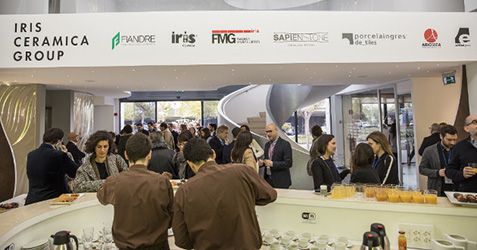 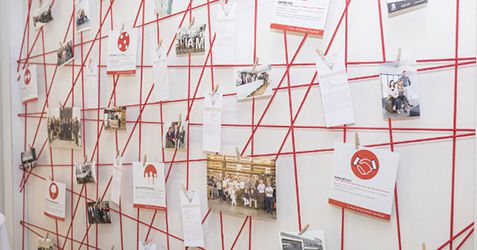 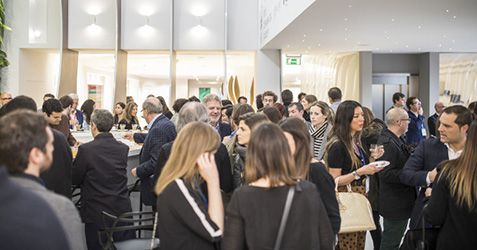 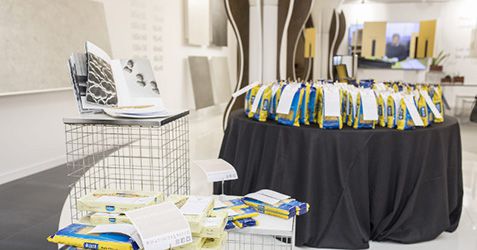 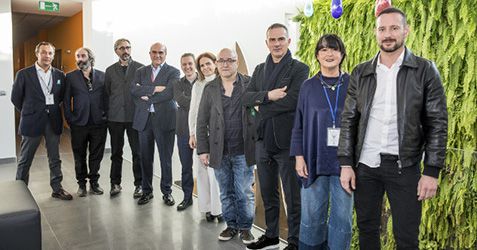 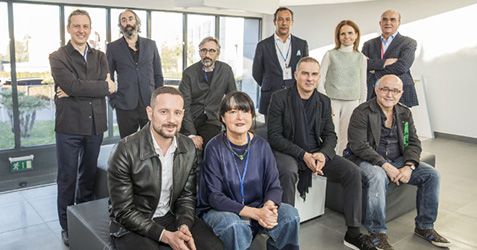