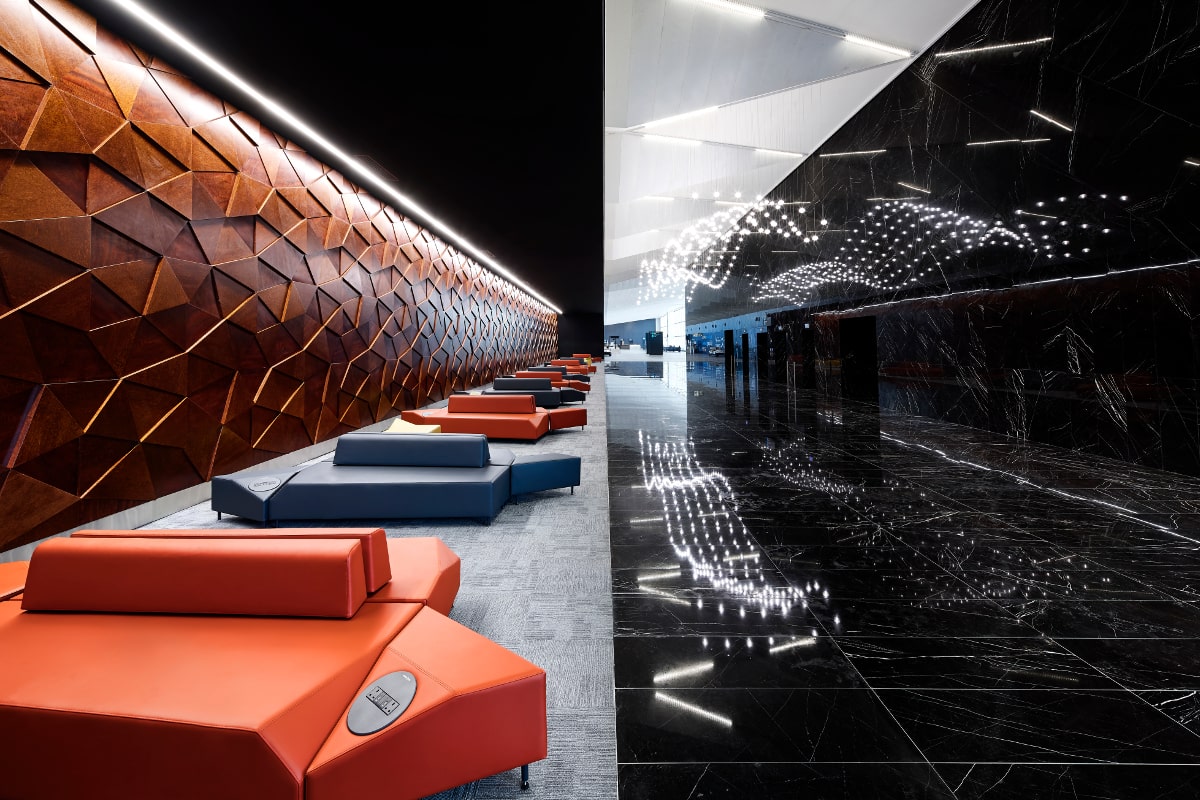 This has been his professional career so far:

Luis Antonio Ruiz is an architect who graduated in 2001 from ETSAM, Madrid's Higher Technical School of Architecture. He has been working at AECOM since 2014, participating in projects of diverse nature and scale, such as the Crescent Hotel in Baku (Azerbaijan) or the Sheraton Hotel in Tbilisi (Georgia). He has also taken part in large infrastructure projects in the Middle East that AECOM is currently carrying out working on, in addition to airport projects such as the expansion of the Lima airport or the Kuwait Support Terminal. And residential projects in Spain, such as the 500 Built to Rent homes or the Las Colinas Golf Club in Alicante. Without forgetting some smaller-scale projects, but no less interesting, such as the CAP Sant Joan in Barcelona. He is currently working on the development of Pier A at Schiphol Airport in Amsterdam.

At AECOM he has specialized in the construction and execution aspects of the last phases of the project, working together with suppliers and companies in order to incorporate the most appropriate, sustainable and innovative materials and construction solutions offered by the market into projects. Previously, he worked at ESTUDIO LAMELA, where he participated in iconic projects such as the remodeling of the Santiago Bernabéu, the terminal T4 and T4S of the Barajas airport, or the Contact Center of Santiago de Querétaro, in Mexico, where he lived for almost 2 years. He later moved to the Warsaw office where he worked in Terminal 2 of the Airport.

Let us get to know you a little better ...
What is architecture to you?

Sustainability and architecture are increasingly united ...

Sustainability and human being are increasingly united. The awareness that we have to take care of the planet is the key to our future. If we lose it, we are hopeless. Architects, historically, have wondered what the next prevailing "style" will be. I believe that carbon footprint control, energy-efficient architecture, and sustainable construction are the answer for the immediate future.

How do you imagine the architecture of the future?

I imagine a nice balance between technology and ecology. Which is a challenge given the tendency of human beings to group themselves into larger and larger population centers. The pandemic and teleworking, however, have opened up an alternative that we did not take too seriously before, but that we will all value at some point in our lives: being able to live in natural environments, rural areas, and quiet environments, always given that our work allows it. It is exciting for me to imagine how either option is going to translate into residential or office architecture in the near future. We are in a moment of exciting change.

Any important project that you are working on and that you can reveal to us?

The pandemic that we are experiencing has made us all reflect and rethink many concepts. Note that right now I am working on the expansion of Schiphol airport in Amsterdam. A beautiful project, of a remarkable scale and technical complexity worthy of review. And at the same time, we have just finished a small and modest project in Barcelona, ​​a Primary Care Medical Center, developed in record time, in line with current circumstances, with prefabricated building systems and exquisite sensitivity, located within an Ensanche block. Two opposing scales, two ways of doing things. The look to the horizon that an airport supposes, in front of the introspection of a small health center that looks at the private citizen. It makes me reflect. And I am happy to see how in AECOM we can respond to such different concerns.

What is the most curious place where you have been inspired?

My stay in Mexico marked me deeply. Many of its pre-Hispanic monuments are breathtaking. Teotihuacán seemed like a magical and stimulating place, like few others.

Has some dream project of yours come true?

All of them. I cannot conceive of working without passion. When I join a project, it becomes my priority, sometimes obsessively so. Failure comes when a project that you have been excited about ends up not being carried out. But those projects which see the light have always been dreamed, desired, and suffered. The paradox is that when it finally comes true, you have to say goodbye to it to start something new again. It is the Sisyphus myth that is repeated over and over again, and we must accept it.

What led you to dedicate yourself to architecture?

After the COU, I did two selectivities. The first for pure letters, and the second for pure sciences. It was difficult for me to frame myself in either of both extremes, presumably the opposite. And after meditating a lot, I saw clearly that what made me happy was being on horseback between the two, on that beautiful bridge that joins the shores of beauty and technique. A personal utopia, which of course was not at all disappointed in the university stage. Now, in the business world, specialization is inevitable, and it is everyone's responsibility not to lose the other half that makes us complete. An architect is a bricklayer who knows Latin, they told us at the School.

Each project is different, as is the environment where it will be physically reflected. How do both concepts come together?

In the same way that in an opera the melody must sublimate a given text, a good building must always improve the environment in which it is located. Knowing how to read the context, and designing a project that dialogues with it is the most difficult and stimulating task that an architect faces. The world is a beautiful booklet that the architect can and must harmonize with his work.