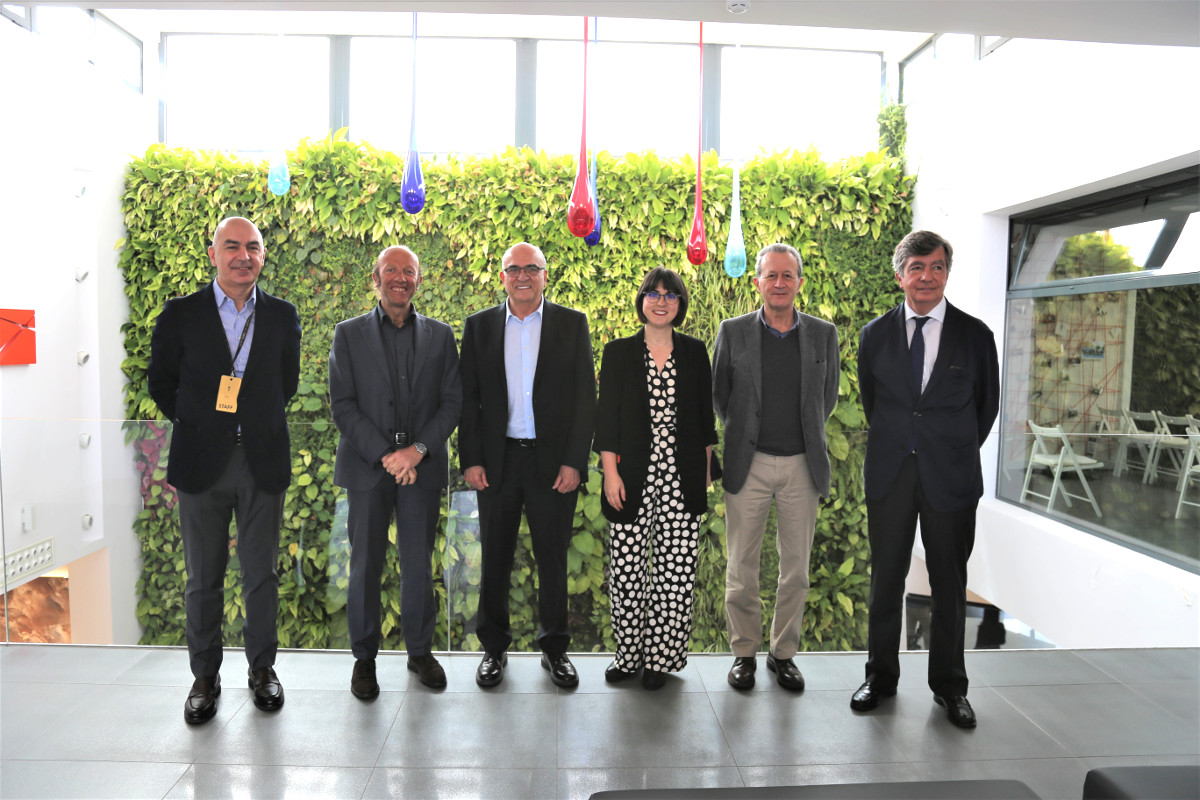 More than 100 professionals linked to architecture and art enjoyed an exciting day at our facilities in Castellón.

Juan-Luis Grafulla, general director of Matimex, opened the event by thanking all the speakers and guests for their attendance and gave a brief explanation of the development of the day addressing the various perspectives between art and architecture. We begin the first conference of the morning with Juan Pablo Rodríguez Frade, founder architect of Frade Arquitectos. Juan Pablo offered an analytical view of museums as containers designed to house other arts. As an example, he described the challenges that the rehabilitation of the Palacio Carlos V-Alhambra in Granada assumed.

Alluding to the Japanese concept wabi, which in general terms means "the elegant beauty of humble simplicity," he defended an architectural intervention that sought to rescue the original 17th-century construction by architect Pedro Machuca. This work was not concluded then due to conflicts between the emperor and the builder. Frade's work, scrupulous and deeply documented, involved the elimination of all the elements made in subsequent interventions.

Next, Berta Ferrer, architect, graphic designer, researcher and writer specializing in book design, came to talk to us about the experimental link, which still remains to be explored, between the text and the book. His illuminating presentation shook the minds of those present in the field of creativity, beginning with allusions to design classics such as Bruno Munari, Raymond Queneau or Alice Knowles and discerning the materiality of the book, its construction and deconstruction and how this affects to reading this. A concept as new as it is interesting that she described as experimental literature.

MASSIMO ROJ, founding architect of Progetto CMR in Italy, spoke of the link between rock and architecture: «Rock is fantasy, revolution, provocation, involvement in social issues and architecture is too». His presentation was an analysis of each architectural work and its comparison with a classic rock hit like Led Zeppelin or Aretha Franklin. Those of us present enthusiastically followed each slide, which was accompanied by music. People have the power, by Pati Smith, was the soundtrack that closed the exhibition with a hopeful message towards peace due to the war in Ukraine and the importance of the involvement of architecture with nature.

The morning ended with Carlos Lamela, from Estudio Lamela, who spoke about the link between architecture and cinema. The cocktail of architect specializing in airport architecture, his career as a pilot and his multiple trips led him to also flirt with the cinema, more specifically with the facet of producer. It all started seven years ago, a period in which he lived in Qatar with his family. He spent weeks traveling from one airport to another and observed the people who carried a small sign with a single last name. A situation that he remembered with humor because there are many people with the same surname; “What could happen if they got the wrong person?” he pointed out. On one of his trips, Carlos had the idea of ​​writing the story of two people who get confused at an airport for the simple fact of having the same last name: García. The 20 pages that he wrote would constitute the first draft of what would become the script for the film "García y García", starring José Mota and Pepe Viyuela.

Architecture was also very present in the afternoon with another compositional skill, photography. The first Matimex architectural photography contest was presented together with its jurors: the photographers Alfonso Calza and Paco Marín, and the architect and photographer Milena Villalba. All of them gave notions about their technical and aesthetic knowledge that later materialized in a practical and fun photography workshop, led by Milena, using a tool as common as necessary, the mobile.

Gemma Vidal, architect and person in charge of the event, describes the day as a success due to the opinions received and the great interest that there was from its call, since, in a few days, the planned capacity was completed.