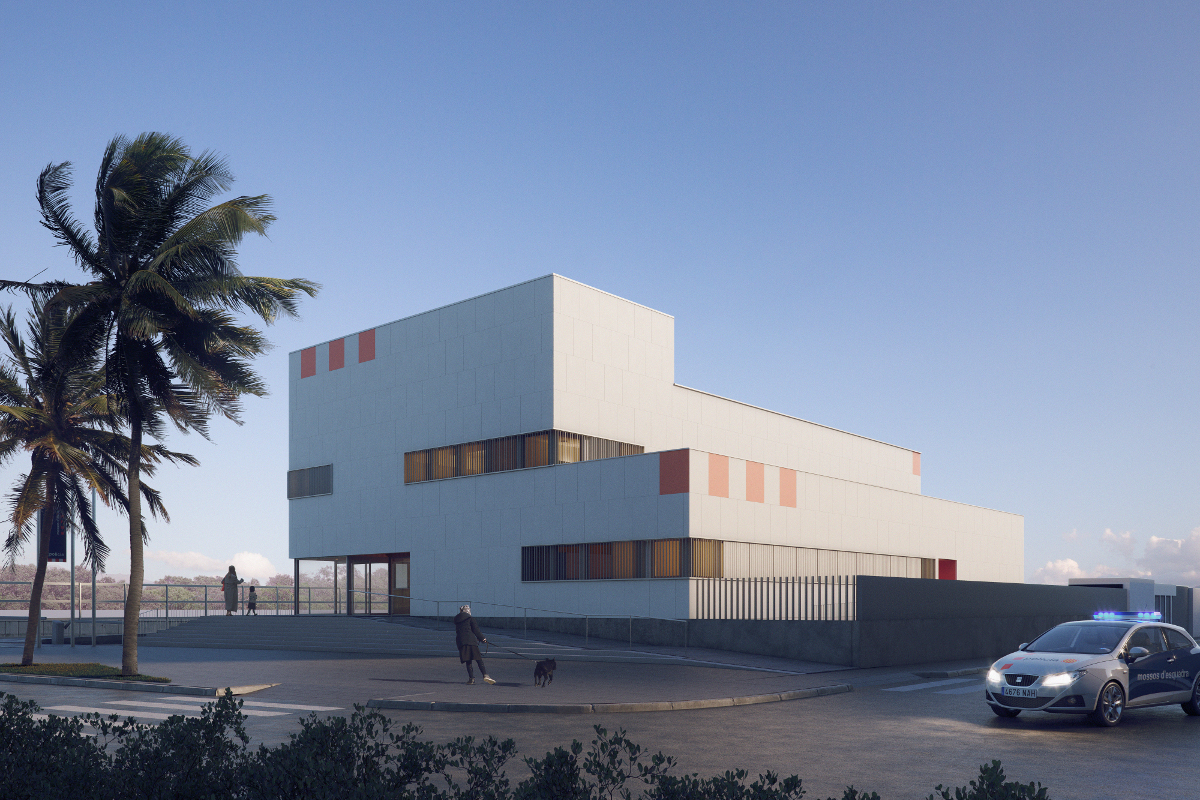 This has been his career path so far:

Architect by the ETSAB in 1998. The first years of his profession were spent working in his father's studio. Later, in 2003, he decided to undertake his own adventure together with Lierni Guerrero, founding BOGOM ARQUITECTURA SL. Since then he has developed projects of a diverse nature accompanied by who would later become his current partner, Pedro Martín.

Let us get to know you a little better...
What is architecture for you?

For me it is a constant question, a path that continually challenges me.

Sustainability and architecture are increasingly linked…

Architecture is born from man's need to find shelter in the environment where he lives. The construction of this primitive architecture was always tied to knowing how to place oneself in the middle, knowing how to take advantage of the resources that nature offered. From that first apprenticeship is born the trade and the know-how of the old master builders, who chose the best orientations, built with the closest resources, etc. The development of technology made us believe that this knowledge could be replaced by machines, turning our backs on that original knowledge, in a certain way. I believe that, without giving up technology, it is our obligation to recover and relocate in its proper place, the know-how of that time.

How do you imagine the architecture of the future?

Any important project you are working on that you can tell us about?

They are all important to the extent that they allow us to learn. Right now we are working on various works and planning some interventions in existing buildings that require us to pay attention to detail and know how to articulate the dialogue between the new and the existing.

What is the most curious place where you have been inspired?

I do not remember special places of inspiration. For me, the moments that we could call decisive in the development of a project, usually come after great efforts in which one does not seem to advance. Resting, the head unconsciously sorts itself out and draws conclusions.

Making a school was one of our wishes. Years ago, we were lucky enough to win a competition that allowed us to build a primary school in the Gothic Quarter of Barcelona. It was a challenge in many ways. Now I would like to build myself a shelter, a little cabin, near the sea.

What led you to dedicate yourself to architecture?

I don't know to what extent it influenced the fact that my father was an architect, but I remember that at the time it seemed to me that of the technical careers it was the one that offered a more humanistic look, that seduced me.

Each project is different, as is the environment where it will be physically reflected. How do both concepts come together?

The environment is an intrinsic part of the project, that the dialogue is a success depends on the listening that one has towards it.